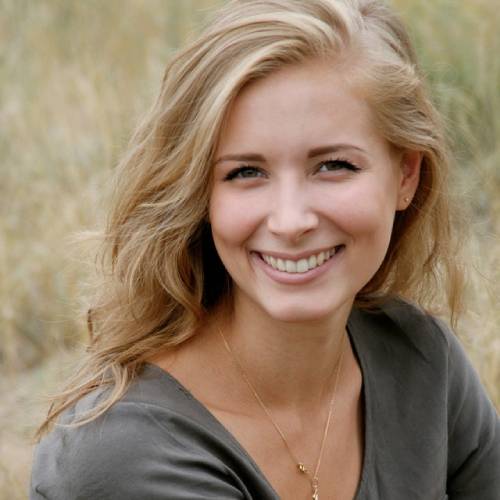 In a world where many have questioned the immorality in paying for an act that is perfectly illegal, if done free? A world where so many things have been said and written about prostitution, a world where the reality of the fact that selling your time is slightly better than selling your body is no longer cherished; In a world as such, I want to put things in the right perspective as I have come to understand it by the benovelence of Grace, through divinity.

It has always been said, that "Prostitution is the oldest profession in the world". I grew up hearing this phrase and I’m sure you did too, likewise many others, but what would constitute prostitution outside of it being related to sex? Are there other forms of prostitutions? Friends, Join me as we critically examine it together!

As outlined, a man can also be a prostitute just like a woman.

The questions to be asked and answered then are: what is the payment type in our modern day where sex is involved? Must it always be physical money? Payment could be subjective based on personal agreement, tastes or feelings of the two consenting adult involved. For example, A payment for sex could be an employment in a firm or an institution, Payment could be promotion at a work place, a lead character role in a movie or play, food to eat, accommodation, appointment to a prestigious office, payment for school fees, child hospital bill, a car, a house, a vacation trip, etc.

The list is inexhaustible with regards to payments for sex. What ever the agreement is, there is an exchange for sex and shockingly, sometimes nothing at all.

Going by these, are we guilty of prostitution in this life at one point in time in our lives? The answer is, well I will let you be the judge after reading my article.

For those who live in a perfect world where things are either black or white, night or day, all sunny no clouds, those who are so quick to label others prostitute, hoe, "ashawo", whore and the list of debase names they could possibly think of, the question I want answered for me by both men and women who are experts at labeling others as prostitute are, how many of you are living virgins, single as of today or were married as virgins? How many of you did both of your parents marry as virgins? I will be reading your responses on the comment session for after thoughts interactions.

When you label someone a prostitute, it is an abuse of concept of responsible living because the influence you enjoy is not your influence. For instance, How can you collect your debt from someone that is owing you when you begin to join him on his dinning table, at the end you will go back home empty handed. The purpose of your relationship and intention with that person is defeated because you compromised the fact that you went there to get payment.

So many of us living on planet earth are so guilty of prostitution but we have failed to realize it. We have so failed in realizing that while we are busy calling others prostitutes, we never knew that even the boyfriend and girl friend relationships we've been so proud of, and even advertising to our friends and family, in the midst of sexual consummation without marriage, is prostitution.

Whatever you are gaining from that illegitimate relationship is payment for sex and therefore constitutes a nuisance in this planet earth as "prostitution-Red light district" .

Ha! Are you surprised that while you are so proud and happy to call others prostitutes that you are a prostitute-in-chief?

Oh yeah, while you were busy glamouring on who got involved in a sex scandal, while thinking your illegitimate relationship made you free from blame, you were also involved in prostitution at will with a person that wasn’t your spouse, ha you want to call it fornication or adultery? Even with those there is some form of benefit or payment involved. Oh, you didn’t even know that you were Prostituting when you were having Sex before marriage with a man, or with a woman who is not your spouse? I mean it is high time we put this in perspective for all these "Assistant Jesus", living amongst us on planet earth.

As we interact, there are different forms of prostitutions. Firstly, When you call others such debase names as a whore, a prostitute , runs girl or runs boy etc, blackmail and say things that are not truthful about others and even truthful on their sexuality you are prostituting information that is none of your business.
Secondly, Church hopping is when you move from one church to another church in search of help, husband, wife, favor, prayers and prophesies, etc, this is prostitution.
Thirdly, when you cheat others for your own personal advantage, prostitution.

Fourthly, when you lie to gain favor or assassinate others character etc, that is prostitution for a payment which is to your advantage.

Realize that Prostitution is biblical but not scriptural. If you prostitute without the attitude of good intention, you will be judged by your actions and utterances. When you prostitute for instant satisfaction and titles by spoiling one another for favor, you will have no future because your life is below your nose and your death is also below your nose. “Death and life are in the power of the tongue, and they who indulge in it shall eat the fruit of it [for death or life]. Proverbs‬ ‭18:21‬AMPC [see also Matt. 12:37.]”‭‬‬. You will be judged and sentence by the words of your mouth. Watch what you say about others.

Distinguished readers, On the RED LIGHT DISTRICT My submissions are as follows:

In “THE RED LIGHT DISTRICT,” You may not love him or her but do us a favor, we don’t wanna know what happened in your private bedroom after you have finished enjoying it alone. JUST Stop calling women PROSTITUTES. Stop calling men PROSTITUTES. This is our world, let us share it with more love than the hate for the opposite sex, abide in the Love of Christ, for at the end, you may be more guilty than the Offender.

I am Princess Pat Akpabio (D.D) and this is changing minds, changing attitudes.

2 thoughts on ““AREN’T WE ALL GUILTY OF PROSTITUTION?””